Exponential Altruism - A Strategy For A New World 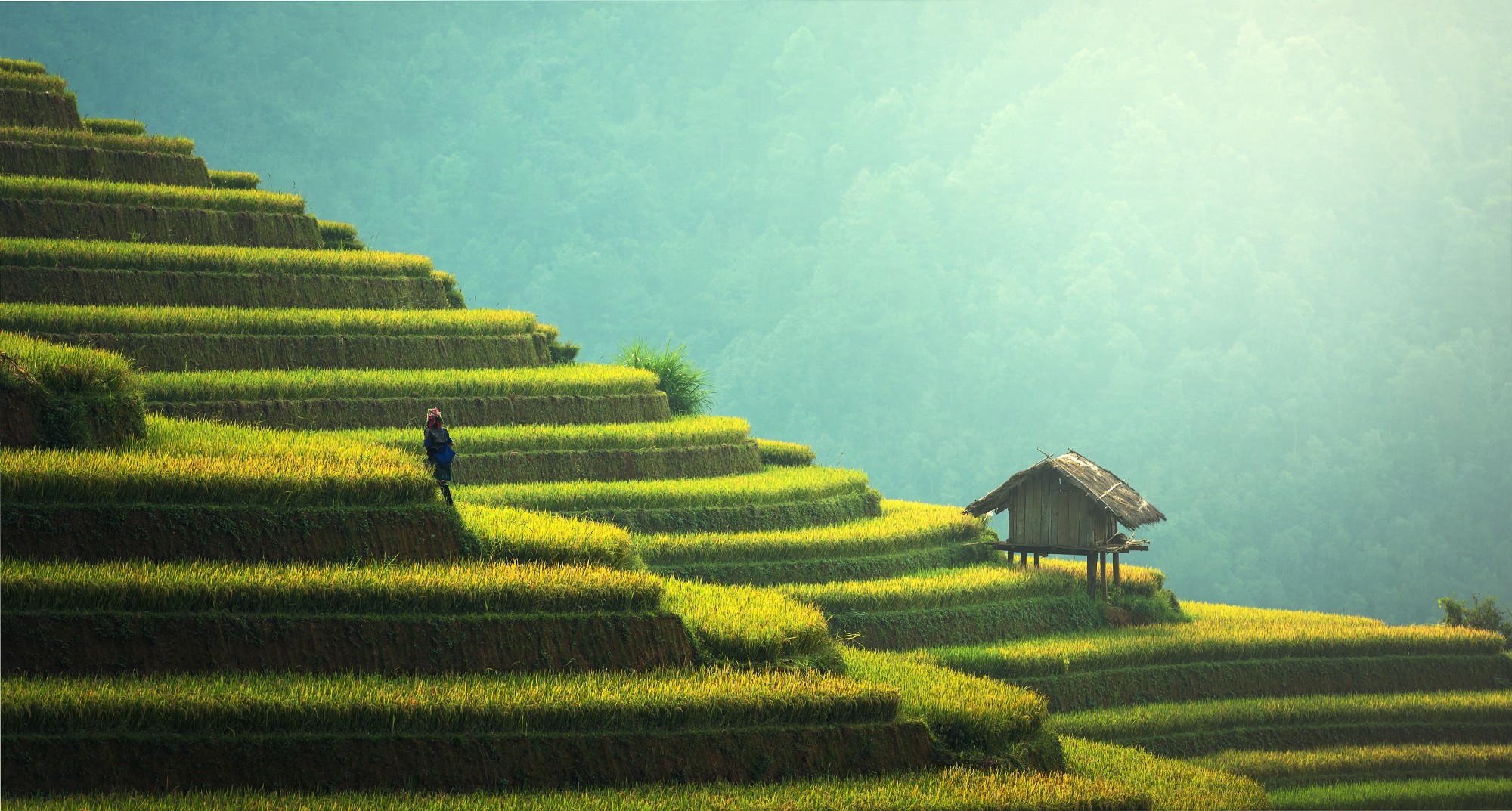 Our world faces multiple global crises that are growing in both severity and urgency. These are not limited to a climate and ecological catastrophe1, a worldwide rise in nationalism2, and an unsustainable growth-based economy that has led to extreme wealth inequality3.

Simultaneously, we’re observing multiple revolutions in human behaviour and values. One example from the last century is that we’ve extended our empathy to a wider and wider spectrum of conscious beings through the civil, animal, LGBTQ and other rights movements.4

On top of that, rapid technological change is giving us more power than ever before, bringing us some hugely positive revolutions, but at the same time driving newfound crises. For example, advances in robotics and AI promise to free us from menial labour but also threaten to unleash widespread unemployment and further deepen inequality.

One important point is that technology isn’t just a neutral tool we use to achieve our aims. 5 Instead it shapes our very values themselves. For example, our growing addiction to digital devices is slowly drowning us in a sea of distraction, making us less connected to one another and less aware of humanity’s situation.

These revolutions and crises are all interacting, cross-pollinating and influencing one another, culminating in the giant clusterfuck of what it is to be a human in the twenty first century. And it’s only going to get crazier. 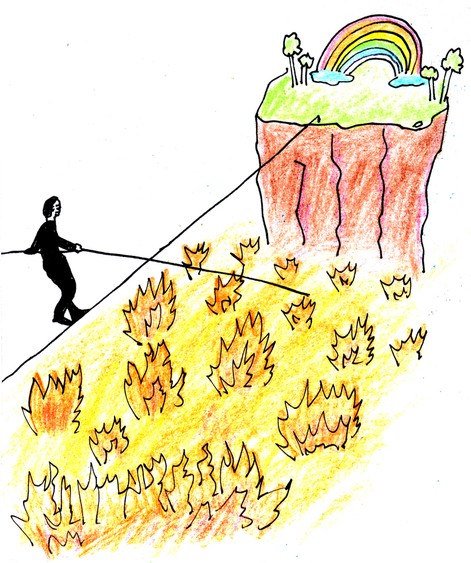 Humanity’s current predicament is like that of a tightrope walker, and an inexperienced one at that. We’re teetering on a rope above a deep canyon, walking a narrow path between ruin and global flourishing.

If we fall into the abyss it will mean at best the deaths of billions of sentient beings and the suffering of billions more, and at worst the end of life on earth. Don’t slip, humanity. One false move and it’s all over — maybe forever.

Some astronomers have even hypothesised that the reason we haven’t yet encountered alien life (the Fermi paradox) is because all intelligent species inevitably face these challenges, but most of them fail and don’t live to tell the tale.6 The abyss is littered with the corpses of tightrope-walking civilisations who slipped and fell.

On the far side of the abyss, is the dramatically better world we should be aiming for. This world has the potential, at least, to provide fulfilling and meaningful lives for all humans on earth, in harmony with the countless other organisms who share our planet. We’d use our advanced technology to serve a deeper well-being for all in line with our innate desires for creativity, connection and curiosity.

At present, we’re a seriously unsteady, unfocussed, and uncoordinated tightrope walker. Indeed, most of us aren’t even aware of the tightrope crisis. Those of us who are feel powerless to help. Even fewer people have ideas about how we can work together to get out of this alive — or at best, unscathed.

So for a while we’ve been asking the question: what needs to change to help humanity get through this cataclysmic transition and make progress along the tightrope?

Attempting to answer this question has led us to the concept of operating systems. An operating system is the values, beliefs and tools of a society. It is like the “big stick” that the tightrope walker is holding to stay balanced as she is battered by the winds of change.

We are converging towards a truly global society, economy and culture — so it’s not just the operating system of the UK or of Egypt that matters, but of the planet as a whole. The modern operating system has given rise to institutions that span the entire globe, and with them, an increasingly connected international civilisation. 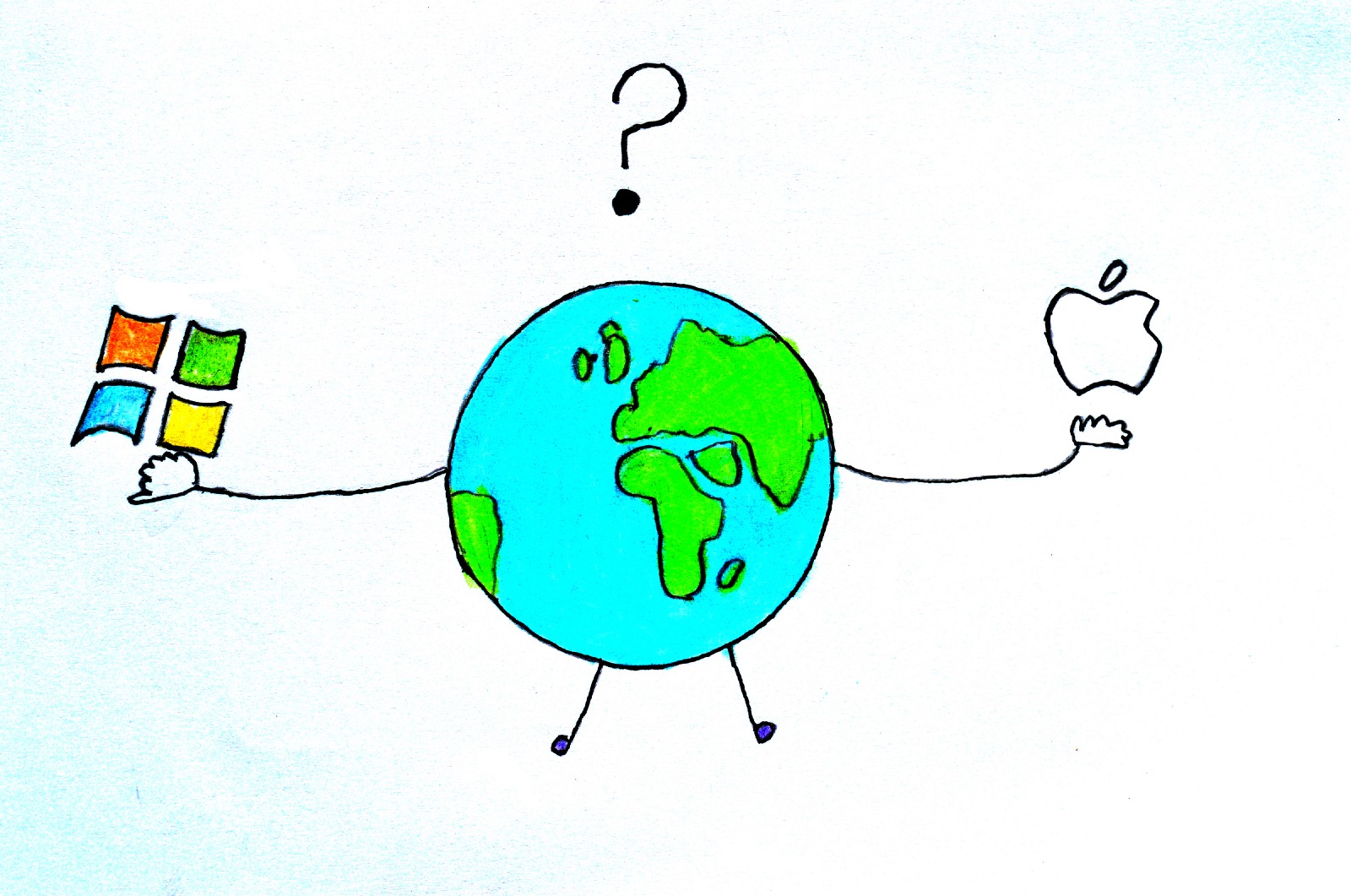 The problem is that our current operating system is fucking everything up. It is the root cause behind many of today’s pressing crises. For example, some of the values inherent in the current operating system — materialism, the profit motive, an obsession with growth, meritocracy, individualism, devaluing natural environments and seeing them only as resources — have created a global economy driven by insatiable consumption of finite resources. This is inherently unsustainable and destabilising. Eventually we’re going to run out of the rare metals needed for your iPhone, the fossil fuel reserves will dry up, and ancient rainforests will be decimated beyond repair…

“Anyone who believes in indefinite growth on a finite planet, is either mad or an economist.”― Kenneth Boulding We can’t carry on like this.

Even though most of us don’t realise it, we both embody and create the current operating system on a day-to-day basis. It goes a long way to determining pretty much every aspect of our lives: from our career choices, to our relationships, to how we spend our time and money. Growing up within this operating system shapes our thinking so deeply that we find it hard to even consider the possibility of an alternative. We are unable to take an outsider’s view and see how our world could be different.

Our everyday behaviour reinforces the system and propagates it worldwide, forever washing away hundreds of irreplaceable native cultures with inherently different values. Languages, family values, traditions and knowledge are being forever lost to the history books — replaced by iPhones, designer clothes, meat eating and materialism. These huge populations are adopting the current operating system with incredible fervour, their newfound desire for material and financial wealth adding greatly to the many global crises. We can’t deny them this life because we’ve been living it ourselves for so long. But the big fat lie we’ve all been sold is that the Western lifestyle leads to happiness. It doesn’t. Quite the opposite, in fact.7

We need to replace our current operating system with a new one. It’s not surprising, really. If you have a computer, you need to upgrade the software from time to time. Like a software engineer we need to design and deploy the new operating system of society that will replace the old, confront today’s global challenges and lead to more human flourishing.

How can we make progress towards finding and developing a new operating system?

Imagine if in every city in the world, there was an active community of creative, entrepreneurial people united by an ethic of altruism, collaborating on impactful projects to build the new operating system.

This is the vision of Exponential Altruism: the combination of an ethic of altruism spread through the revolutionary power of small groups.

A switch to altruism is vital to replace the current operating system’s self-interested, consumerist values with a mindset of contribution — working for the good of all. This is an improvement in two ways:

It would vastly increase the number of people confronting the global crises and attempting to steer the revolutions in a positive direction. These people would find a new source of deeper meaning and fulfilment rendering the consumerist lifestyle obsolete. It doesn’t destroy the planet, but actually fixes it. Win-win scenario, really. Only with millions of people acting in this way do we have a hope of a successful transition to a new world.

The second piece of the puzzle is the revolutionary power of small groups. To really spread this new mindset and for these people to actually have a significant positive impact: they will need to collaborate.

It’s very difficult for an individual to have an impact on these big challenges. In turn, governments and large corporations are far too slow to respond to the rapid changes of the modern world — humans simply aren’t designed to work in groups of this size. They struggle to innovate and to understand the complexity of technology and society, because everything moves too quickly.

The small group is positioned perfectly between the individual and society— they are able to help individuals in an intimate way, but are also large enough to instigate top-down changes, for example by campaigning for new policies. They’re a sweet spot for introducing change.

We already know this — it is the reason for the global startup and entrepreneurship explosion. But this explosion is primarily profit-driven. Imagine a new wave of startups, social enterprises and activist groups motivated by a vision of a flourishing humanity.

“Never doubt that a small group of thoughtful, committed, citizens can change the world. Indeed, it is the only thing that ever has.” — Margaret Mead

The world, past and present, is littered with examples of small groups driven by a vision of change who have made incredible dents in the world. An example is Gandhi’s Salt March which started with only 78 people and contributed greatly to India’s freedom from British colonial rule.

We need to break down the global vision into specific challenges to figure out what these groups would actually work on. To that end, we’ve identified four possible pillars of the new operating system, which we will expand upon in a later post.

For now, we can say that four important steps towards the new operating system would be:

To realise these visions these groups should adopt a diversity of methods. Many groups limit themselves to just one method like protesting, e.g. vegan activist groups. To bring about this new operating system, projects would need to take different forms— social enterprises, art projects, volunteer collectives, new technologies, charities, petitions and protests… the possibilities are limitless. A diverse approach like this would also attract a wide diversity of people under the broad banner of changing our global operating system.

The groups would also need to think global but act local. By this we mean recognising the global crises and revolutions we face and how a new operating system can help, but at the same time trying to solve these issues at a local level because this is where people can work as communities to have a bigger impact. This is particularly important in the West where many of the problems of the current operating system originate, and where we have unprecedented resources for tackling them.

To get you inspired, here are some example projects these groups could work on:

If we’re to replace our current, obsolete operating system, then a vital part of the new system will be its ability to grow exponentially and outcompete the old.

So how would these local projects scale up, add together, and contribute to an exponentially growing new operating system? Here are a few ideas:

We are ultimately driven by the question: how can we make it easier to be altruistic in modern society?

Countless people yearn to help the world, but simply do not know how. What they don’t have is an organisation that helps them make the transition from a life in the unsatisfactory consumer economy to the deep fulfilment and community of the contribution-oriented economy.

We aim to create that organisation — a feeder from the old to the new operating system that allows people’s natural drive to change the world to take roots and flourish.

Imagine having an idea for a project that would help your local community, and knowing that you could approach a group in your town or city that would help you develop the idea, lend their skills, and provide people power for the cause. That wherever you went in the world, you could find these kinds of projects and lend a hand, an idea, or a day of work… and while you were at it you could make friends for life, find a skill you loved to do — and a cause you really believe in.

Wouldn’t that be good for you, and the world?

Through this publication, we’re exploring how an organisation might do exactly that, using small groups united by an ethic of altruism to seed a new operating system. As it stands, this is the core plan of Exponential Altruism.

Subscribe to see where these ideas will take us and get in touch to share your ideas, criticisms and experiences. We’re not claiming to have the answers, but are committed to searching for them and sharing everything we learn in the process.