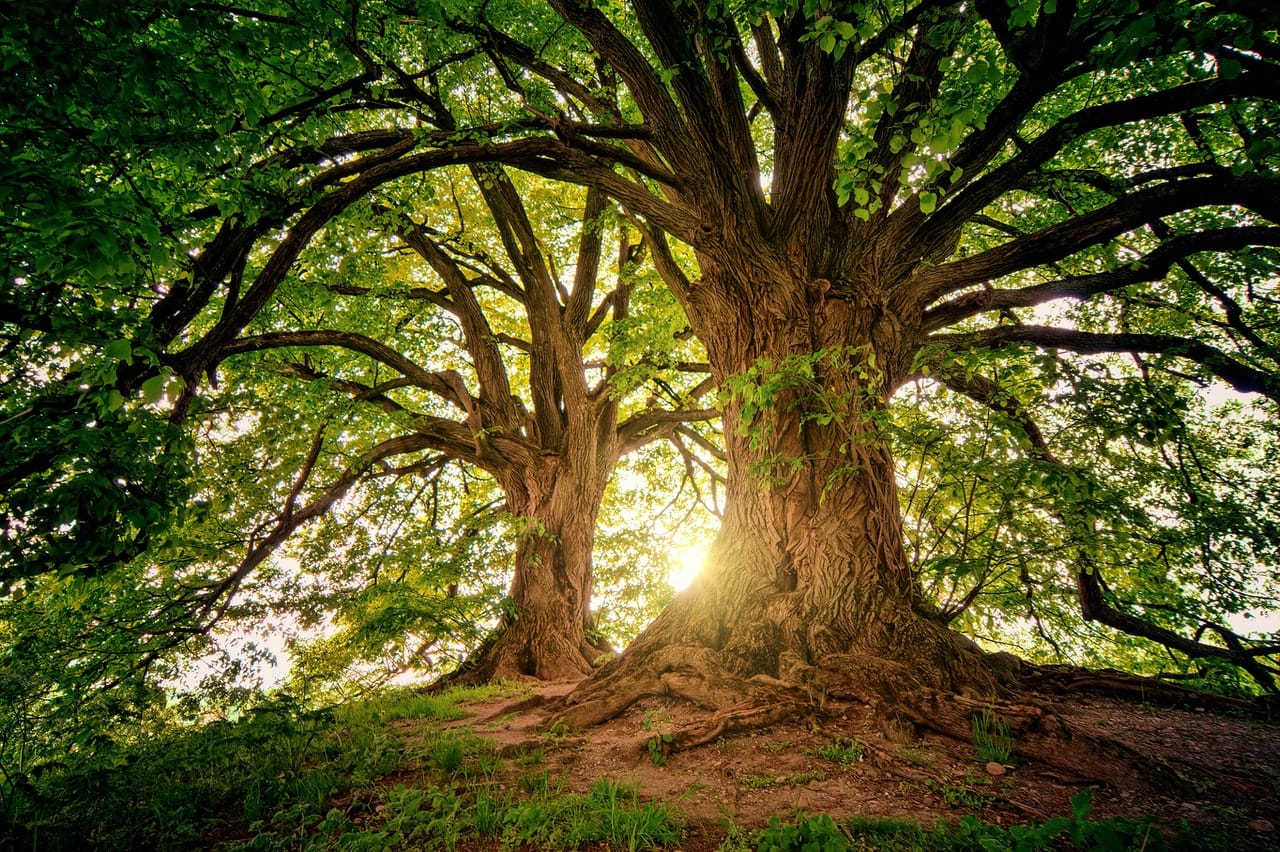 This is the text of a talk I gave at a London Emerge Meet-up in February 2020.

I like to think of Humanity’s current predicament as that of a tightrope walker, and an inexperienced one at that. We’re teetering on a rope above a deep canyon, walking a narrow path between ruin and a better world.

Either we get to a completely different way of organising our society and living together. Or our civilisation ends. This time there is really no alternative.

If we don’t make the transition from an industrial society committed to economic growth to a life-sustaining one committed to the healing and recovery of our world, then we will fall into the abyss and it will mean, at best, the deaths of billions of sentient beings and at worst, the end of life on earth.

Don’t slip, humanity. Keep your balance! One false move and it’s all over — maybe forever.

Some astronomers have even hypothesised that the reason we haven’t yet encountered alien life (the Fermi paradox) is because all intelligent species inevitably face these challenges, but most of them fail and don’t live to tell the tale. The abyss is littered with the corpses of tightrope-walking civilisations who slipped and fell.

But what has put us on this tight rope?

We can point to so many crises in our world today:

A climate and ecological emergency that threatens all life on Earth.

Algorithms and exponential technology that we don’t have the sense to use wisely.

A political crisis that has led to deep distrust in our institutions of democracy and the rise of fascism around the world.

A social crisis of alienation where people are increasing lonely and isolated from their communities.

A mental health crisis where depression, anxiety and addiction are rampant and rising. All fed by a meaning crisis relating to the challenge of finding meaning in our post ‘death of God’ world.

An economic crisis where the 8 richest men in the world own more wealth than the bottom 3.6 billion, combined with our increasing inability to improve the quality of life of people in economies around the world.

These crises say nothing about the many inter-layered and intersecting oppressions of class, race, gender and so on which should be considered crises in themselves. Because without bridging these divisions between us, we will fail to create the unified movements needed to bring about large-scale social change.

It is very easy to think of these crisis as separate and independent and to spend our whole lives as activists and change makers just trying to make a difference to one of them.

Often we end up just ‘patching’ the by-products of these crises rather than tackling their root causes. For example, we ‘patch’ by sending aid to Africa when the entire global economic system is setup to allow our exploitation of that continent.

We also end up spending a good chunk of our time in competition for time and resources, arguing with each other about why our crisis is much more important than others.

This is why the idea of the meta-crisis is so important. By finding what underlies all of these crises and puts us onto that tight-rope we can target our efforts at the deepest root causes of our societal issues. It also becomes clear that all our attempts to change the world are deeply interwoven and interdependent.

The meta-crisis is an example of what Timothy Morton has described as a hyper-object. It’s impossible to see in its totality in the world around us. But it invades and permeates all aspects of life.

It’s not something we can ever completely capture with just one perspective. It will always overflow our attempts to understand it. It is like the parable of the blind men and the elephant. Where several blind men attempt to describe an elephant but as they’re touching very different parts like body or tusk they get a very different perspective of what an elephant is.

In the rest of this talk I want to propose one perspective on the meta-crisis that I find particularly compelling.

This might sound like hyperbole, but I want to argue that what underlies and ties these crises together is a system, culture and way of being that is in opposition to life itself.

Normally, life makes the conditions for more life. But at the moment, the dominant human systems and culture do quite the opposite. They destroy the conditions for other life to exist and for real human flourishing and creativity. But why?

One answer can be found in the the growing field of complex systems science. Life, which is a form of complexity, emerges when there is balance in a system between efficiency, hierarchy and order on the one hand and adaptivity, resilience and chaos on the other.

This discovery of modern science eerily parallels the concepts of yin and yang of eastern philosophy and the dichotomy between the Apollonian and Dionysian instincts discussed by Nietzsche.

All aspects of our life have, in the last 10,000 years or more slowly swung wildly away from the conditions that support life i.e. a harmonious balance between order and chaos towards more order, structure, hierarchy and efficiency.

How Nature Does It

Nature already keeps this balance which has allowed life to flourish. And by moving the human part of nature away from that balance we are causing untold damage to the systems that support us. This is why the field of bio-mimicry, or bio-harmony as I like to call it, is so important.

Nature achieves this adaptivity through diversity both in terms of the beings that exist in our world but also in her cycles.

Once you cotton onto this distinction, a lack of diversity can be seen in all aspects of our consensus reality. We are wildly out of balance. Let me give a few examples.

Ways of Seeing it

This imbalance can be seen in our very brains whose relentless, unchanging thought patterns lead us to depression and anxiety. And are rescued by chaos inducing psychedelics and meditation.

This imbalance can be seen in our economy where capitalism values efficiency at all costs and money is placed as the only source of value in life at the expense of all others. And the organisations of our society value the efficiency of top-down hierarchies over self-managing adaptivity.

This imbalance can be seen in our oppressive social systems where one mode of experience, that of the White Western European Man, is held aloft above all others. The patriarchy is an example of how a particular way of being a man (dominant, hierarchical, action-orientated) has come to dominate. So much so that most of the solutions for fighting gender equality focus on how women can act more in this mould rather than truly correcting the dynamic.

That’s just a few examples.. There are hundreds more when you start looking. This same pattern repeats itself every where you look.

After reading some Charles Eisenstein I had a nightmare of a concrete world. Where all of the complexity and beauty around us has been converted into complicated, but highly ordered human machines. We replaced trees with carbon sucking machines. And rivers with metal pipes. We geo-engineered the atmosphere. This dream takes our current world to the extreme but to some extent we are heading in that direction.

The idea of the meta-crisis can be so helpful in our work to bring balance back to our civilisation. Because by seeing that the meta-crisis invades all areas of our lives, all areas become avenues and opportunities for change.

We can bring together:

… into one united, pro-life movement to do battle with our life-phobic society and get us balancing our way across that tight rope.